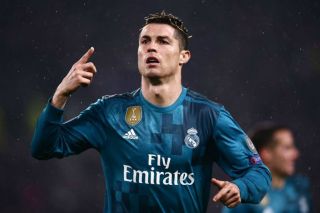 As Cristiano Ronaldo continues to be linked with a move to Juventus this summer, Real Madrid could have a huge void to fill at the Bernabeu.

As noted by Marca, the Portuguese superstar is reportedly continuing to edge closer to a €100m departure to join the Turin giants, although there has been no official suggestion from either club that talks are progressing towards a conclusion as of yet.

Nevertheless, should his exit be an eventuality that is likely to happen, Real Madrid will have to plan for life without him to give Julen Lopetegui the necessary tools to sustain their impressive level of success in recent years.

Los Blancos made history last year having won three consecutive Champions League trophies, but with Zinedine Zidane stepping down and Ronaldo now potentially leaving, it could be a disruptive summer for the capital club in their hopes of maintaining their impressive level of excellence.

As reported by Calciomercato, via Fichajes, the blow of losing their 33-year-old talisman could be softened by the fact that seven world-class players are said to be on their transfer shortlist as possible replacements.

It is said to include, Neymar, Eden Hazard, Paulo Dybala, Mauro Icardi, Robert Lewandowski, Harry Kane and Kylian Mbappe, while it’s added that Neymar is the name at the top of the list to suggest that the Paris Saint-Germain forward could be the priority.

It will likely spark debate as to who would be the most effective solution to fill the void, but with Neymar’s status and proven ability to deliver at the highest level, the Brazilian ace could be a sensible top choice.

Meanwhile, Kane continues to shine for club and country while Mbappe is still only 19 and could be the long-term solution to open up a new cycle at Real Madrid.

Ronaldo has scored 450 goals in 438 games for the club since he arrived in 2009, winning two league titles, four Champion League trophies and a whole host of individual accolades.

With that in mind, Real Madrid have a hugely difficult task on their hands to replace him, if he does indeed leave this summer.