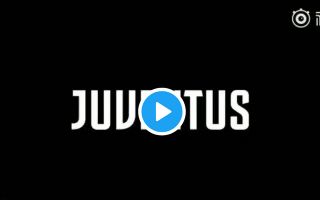 Cristiano Ronaldo continues to reportedly edge closer to a sensational move to Juventus this summer, and the Serie A giants have seemingly dropped a hint over the move.

As noted by Marca, the Portuguese superstar has been tipped to end a glittering nine-year spell with Real Madrid, as speculation intensifies over a possible move to Turin.

It remains to be seen if the move officially goes through as there has been no confirmation from either club as of yet, but Juventus have arguably dropped the biggest hint that a move could be in the offing.

As seen in the tweet below, a video was posted by the Italian champions on their Weibo account which went through all their recent No.7s before stopping at the current jersey holder, Juan Cuadrado.

Ronaldo wears the No.7 for club and country, and so naturally this was interpreted as suggesting that the next player to wear the number is set to be revealed.

To make it even more suspicious and less of a coincidence, the video was then deleted and it naturally left supporters believing that it’s another signal Ronaldo is on his way to Italy.

After Angelo Di Livio, Gianluca Pessotto, Hasan Salihamidzic, Simone Pepe, Simone Zaza and Cuadrado, will CR7 be the next player to wear the No.7 shirt at Juventus? We may not have to wait much longer to find out…

THIS video posted (since deleted) by Juve’s official account on social medial platform Weibo is the closest thing yet to confirmation Ronaldo will be at Juventus – wearing the no7 next season.