Lucas Torreira is reportedly in London to undergo a medical to complete his transfer to Arsenal on Monday after Uruguay’s exit from the World Cup.

The Sampdoria midfielder shone for the South American giants in Russia, though they were knocked out by France at the quarter-final stage.

Torreira notably had a strong game against Cristiano Ronaldo when Uruguay knocked out Portugal in the last 16, and he looks a promising signing for Arsenal.

The 22-year-old has now told Telenoche, as translated by the Metro, that he’s on his way to London to finalise things with Arsenal.

The Metro add that the Gunners wanted him to fly back and get things done straight after Uruguay’s World Cup exit, so fans can probably hope to hear official confirmation of the club’s fourth summer signing before too long. 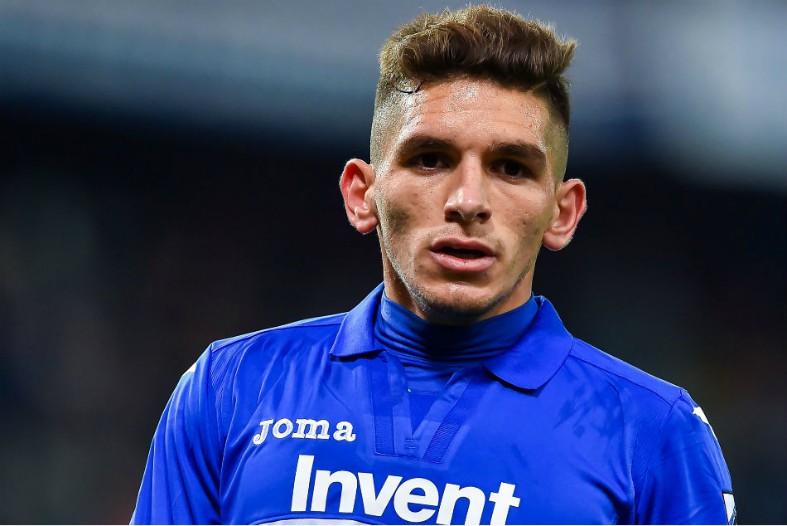 Lucas Torreira is closing in on a transfer to Arsenal

The north London giants have had a busy summer under new manager Unai Emery, also bringing in defenders Sokratis Papastathopoulos and Stephan Lichtsteiner, as well as goalkeeper Bernd Leno.

Torreira looks an important addition in midfield following the departure of Jack Wilshere at the end of his contract.