Germany had a stinker of a tournament, but the young Bayer Leverkusen whippersnapper was absolved from any criticism. He came on in the 86th and 87th minutes respectively against Mexico and Sweden and did more in those five plus minutes than most in 85. Against the South Americans, Brandt  injected Germany’s leaden legs with some lederhosen twinkling toes, battering a shot that hit the outside of the post from 25 yards. He came even closer against the Swedes, showing perfect technique to hit the base of the post with another almost wonder strike. The 22-year-old got the squad nod ahead of Leroy Sane and if ever there was a baby-faced assassin in the making, he is it.

Labelled as the new “Tsar” of Russia by La Liga, Cheryshev’s tournament just got better and better since his entry in the opening game against Saudi Arabia where he bagged two goals. His second outside of the foot effort was an absolute stonker reminiscent of Daniel Sturridge’s against Sevilla. The Villarreal winger also made a noticeable impact when he came on against Spain and slotted away the penultimate shootout penalty that only added to the pressure on poor Iago Aspas….He exited the tournament with a goal worthy of the final itself. 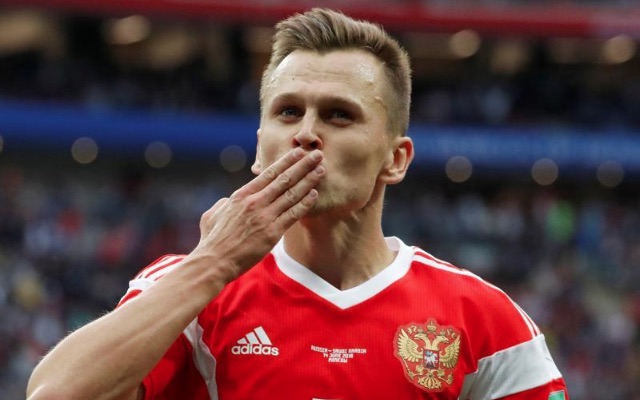 Although unloved in many parts for his lack of aesthetic, Fellaini’s cameo against the Japanese ultimately saved the Belgians from exiting the tournament at the last 16 stage.  Coming on at 2-0 down with just 25 minutes to go, the Manchester United midfielder headed in Eden Hazard’s cross to square things up at 2-2 and caused panic in the box with his presence. Fellow sub Nacer Chadli slid in the winner in the last minute of injury time to secure an unbelievable comeback win and make Roberto Martinez a genius…for now.

The Swiss were struggling to break out against Serbia in the first half of the controversial group stage match against Serbia. In fact, The Guardian described them as “a few blades short of an army knife”. Part of their blunt problem was striker Haris Seferovi, who was hauled off after touching the ball just five times. The impact was almost instant as the Dinamo Zagreb forward ran into the channels and made Branislav Ivanovic look about 40 in the second half. He also slid the through ball for Xherdan Shaqiri’s winner.

The 19-year striker was the  youngest player at the tournament and he certainly caught the eye as the Socceroos came on strong in the second half of their second group game against Denmark. The Melbourne City kid skipped past challenges, stung Kasper Schmeichel’s palms, sent in a beauty of a cross and showed genuine trickery that has Europe’s big guns sniffing around down under. Manchester City are already said to be on the trail for his signing – not surprising given that Melbourne are City’s sister club. More worryingly, Arzani has been touted as the next Harry Kewell, which means he can might have to prepare several sick-notes just in case…

Firmino scored in the friendly at Anfield against Croatia just days before the World Cup when he replaced Gabriel Jesus for the last 30 minutes.  Brazilian coach Tite stuck with Jesus for the tournament itself but the City striker’s goal return was diddly squat. Firmino played the last eleven minutes against the Swiss where his downward header almost won the game, but had double the time against the Costa Ricans, heading Marcelo’s cross back into the area for former club colleague Philippe Coutinho to stab home. The clamour for “Bobby” to start in the knockout stages got louder and louder but the coach ignored it: “”There is a competition and Gabriel is smashing it,” Tite said. I think not… 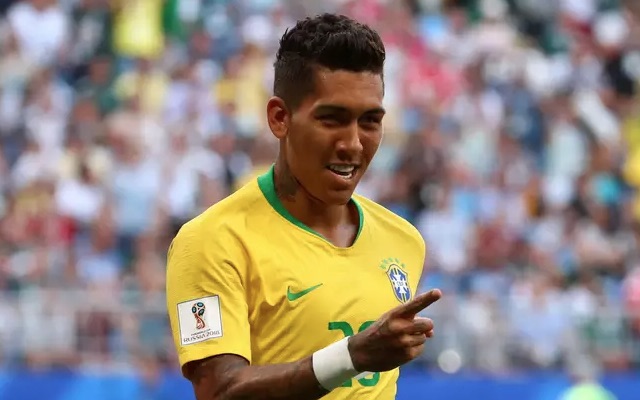 Six minutes after coming on as a late substitute, Keisuke Honda made history when he scored the second equaliser for Japan against Senegal in the 2-2 draw, becoming the highest Asian-scoring player of all-time in the tournament. He also made an instant impact in the crucial win over 10 man Colombia in the first game, delivering the corner for Yuya Osako to head home the winner. Eight years ago, the 32-year-old was the golden boy of Japanese football. Now he is the slightly elder statesman at the hardly ripe old age of 32.  Honda used to play for CSKA Moscow, where his manager said: “I didn’t notice any other hobbies than football. I wouldn’t call him a professional, but rather a robot.”  That’s the secret to his engine then….

As Uruguay struggled to break down the Mo Salah-less Egyptians in their opener, Sanchez came on in the 70th minute and was immediately “busy” as they say in the trade, spraying passes all over the park and injecting some much-needed pep to the South Americans. His free-kick  that led to Jose Gimenez’s dramatic last-minute header was delivered with such perfect pace and height, he must have been watching England’s set-piece training sessions. It made poor bench-sitting Salah almost burst into tears for the second time in three weeks…

Aspas will get a bad press for missing the spot-kick that sent Spain home, just like he did with Liverpool fans for that corner kick against Chelsea in 2014.  However, when he came on with just a quarter of an hour left against the Moroccans, Spain were heading for a more difficult draw against Uruguay in the knockout stage. That seemed stone dead certain when the Africans took the lead with just nine minutes to go to also threaten Spain’s 22 match unbeaten run. However, Aspas stole in at the death to expertly back-heel an equaliser from a corner (ensuring Spain topped the group. That  also made it six goals and four assists in his last 10 appearances as a substitute for the national team.

Iran won their first World Cup match in 20 years since beating the United States at France ’98, thanks to the deadly finishing of a Moroccan striker who came on for an unlucky 13 minutes. Bouhaddouz headed a free-kick into his own net with the clock on 95 with no Iran counterpart near him. “It’s not easy for me,” the emotional St Pauli forward said, crumpling into David Luiz apology mode. “It is something that can happen in football, and I am paying for it today. I apologise to the team, the fans and all 35 million Moroccans. I am an idiot, but I will handle this situation because I have been playing this sport for years.” 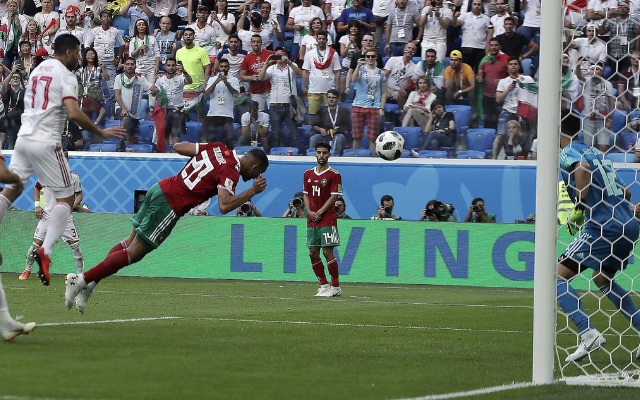