Chelsea winger Kenedy looks set to complete a loan move back to Newcastle by the end of this week, according to latest reports.

The Brazilian has struggled for playing time at Stamford Bridge and Antonio Conte looks prepared to let him leave again as he closes in on a second loan spell with Newcastle by travelling to the club to complete an imminent deal, according to the Chronicle.

Kenedy impressed at St James’ Park last season so should prove a decent pieces of business for the Magpies, though some Blues fans will no doubt question letting the promising young player leave again.

The 22-year-old may yet get a chance at Chelsea if he has another solid season out on loan, with Victor Moses showing that numerous spells away from the club don’t necessarily mean your CFC career is over. 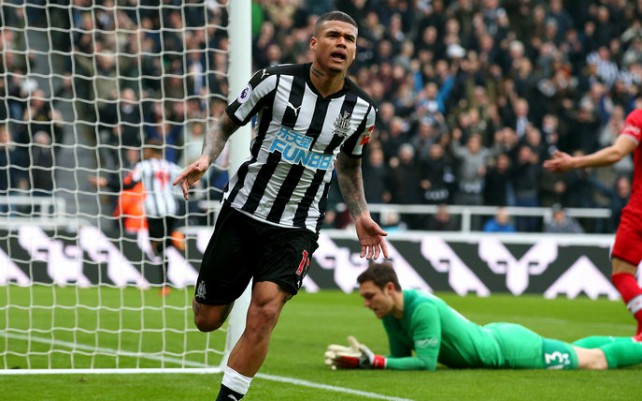 Kenedy looks set to rejoin Newcastle on loan from Chelsea

Still, he’s been the exception rather than the rule as many young players have found themselves repeatedly farmed out on temporary moves before eventually being sold.

Chelsea need to be cautious in that respect, as it’s majorly backfired with talented players like Romelu Lukaku and Kevin De Bruyne, who got a taste of first-team football while out on loan and ended up leaving Chelsea as they weren’t willing to guarantee them the same.

Both ended up being sold to Everton and Wolfsburg, respectively, but have now found themselves at Manchester United and Manchester City and among the best players in the Premier League.