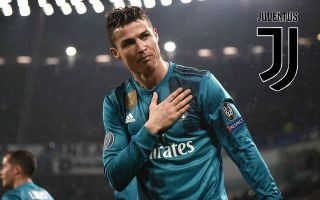 Real Madrid have officially confirmed that Cristiano Ronaldo is set to leave in what is undoubtedly the biggest deal of the summer transfer window.

The 33-year-old has enjoyed nine trophy-laden years with the Spanish giants, winning two La Liga titles, four Champions League trophies and countless individual accolades during his spell at the Bernabeu.

However, he’s now set to embark on a new challenge with La Gazzetta dello Sport and Marca claiming that he’s swapped Madrid for Turin in a €105m deal, while he’s said to have penned a four-year contract with the Bianconeri worth €30m per season.

“Real Madrid CF communicates that, in response to the will and request expressed by the player Cristiano Ronaldo, he has agreed to transfer to Juventus FC.

Juventus have been utterly dominant in Italy in recent years, winning seven consecutive Serie A titles and four Coppa Italia trophies in a row. In turn, adding Ronaldo to their squad will be a massive blow for their rivals on the pitch as they continue to strengthen their squad to add to the signings of Emre Can and Joao Cancelo who have already been announced this summer.

Nevertheless, success in Europe has been hard to come by over the past two decades, and so given Ronaldo’s winning pedigree and goalscoring achievements in the competition, he could potentially now be the missing link to take them towards European glory next season.

It’s a huge transfer for the Italian giants, while it gives Ronaldo a chance to give himself a fresh challenge in the latter stages of his career by adding honours in Italy to those won in England and Spain with Manchester United and Real Madrid respectively.

He showed no sign of decline last season though, as he bagged 44 goals in 44 games for Madrid, taking his overall tally to a stunning 450 goals in 438 appearances.

It remains to be seen just how prolific he’ll be in Italy as Juventus celebrate a huge day in the history of the club.