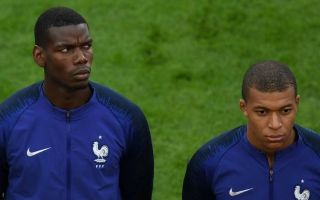 The World Cup 2018 has been a brilliant tournament thus far, and we have nearly reached the climax of the tournament – but first comes the two semi-finals.

The first will see France meet Belgium as two of the World Cup’s best teams come head-to-head in what promises to be an entertaining affair.

France and Belgium were also amongst the favourites of teams tipped to win the competition but will now compete for a place in Sunday’s showpiece final.

They will be turning to Antoine Griezmann and starlet Kylian Mbappe to steer them to victory over a tough Belgium side.

Both players have three goals to their name at this year’s football gala.

However, with Axel Witsel and Marouane Fellaini deployed in the middle and Thibaut Courtois in fine form, Roberto Martinez’s side held firm to win the game after a barrage of attacks from Neymar and co.

Thomas Meunier will be suspended for the game against Les Bleus.

What time is France vs Belgium today?

France take on Belgium at Saint Petersburg on Tuesday, July 10, with kick-off scheduled for 7pm BST.

The match will be televised live on BBC One, with a live stream available online via the BBC iPlayer.