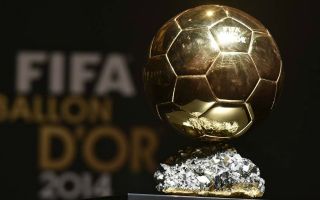 A huge number of fans on Twitter are calling for Real Madrid midfielder Luka Modric to win the Ballon d’Or after his performance for Croatia against England.

The 32-year-old put in a world class display to help his country to their first ever World Cup final, just over a month after he shone in Real Madrid’s Champions League final win over Liverpool.

Truly one of the finest midfielders of his generation, Modric’s immense efforts for his country this summer are truly making people stand up and notice him even more, and if he does go on to help Croatia to a shock World Cup final victory over France this weekend, it would be hard to argue he shouldn’t be in consideration for the Ballon d’Or.

Cristiano Ronaldo and Lionel Messi have had a major stronghold over the trophy for much of the last decade, but given Modric’s contribution at the highest level for club and country this year, these fans really have a point as they gush over him tonight…

Modric HAS to win the Ballon d'Or

Luka modric is world class ! Best midfielder in the world ! And one of the greats

Whether Luka Modric lifts the world cup or not, he deserves the Ballon d'Or still but they will end up pulling a sneijder or iniesta on him. #WorldBest #General

Modric Ballon D'OR talk all over my TL and I am absolutely loving it. Sensational player. pic.twitter.com/XNKoNHSSsg

If Modric is not getting the ballon d'or then they might aswell cancel the damn thing.