Mario Balotelli was left frustrated after receiving insults from some England fans, and he opted to hit back on Instagram after their World Cup exit.

The former Manchester City and Liverpool forward first professed his love for England, and stressed that his message was to the minority sending him insults on Instagram.

In turn, after England crashed out of the World Cup as they suffered defeat to Croatia in the semi-finals, Balotelli took his opportunity to hit back with a cheeky photo aimed at the Three Lions falling short.

Unfortunately for France forward Kylian Mbappe, he’s somehow been dragged into it after being falsely accused of posting the image, as noted by The Daily Mail.

Not only is it the same image and caption as used by Balotelli below, but a quick glance at Mbappe’s Instagram activity shows that he has made no reference to England at all after the game.

Many of the comments in the Mail post above have pointed out their error, and it’s just hoped that Mbappe doesn’t get unwarranted stick from England fans for the mistake.

France will face Croatia in the World Cup final in Moscow on Sunday, while England will take on Belgium in the third-place playoff on Saturday as they look to end their journey in Russia on a high note. 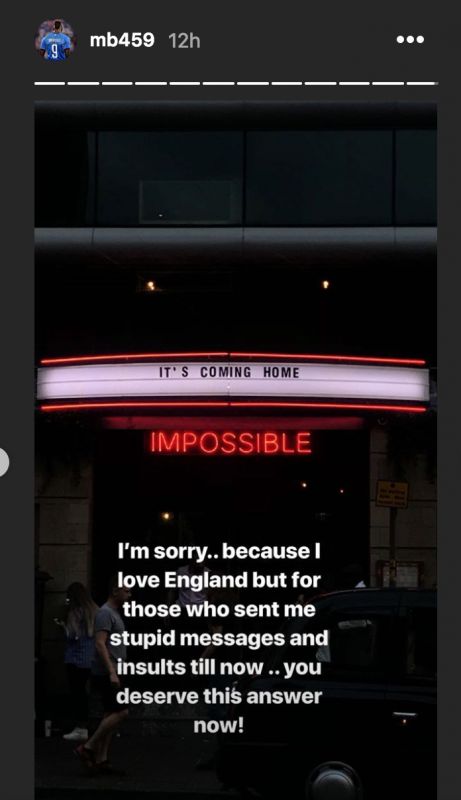