Liverpool look set to make Xherdan Shaqiri their third signing of the summer transfer window as the Stoke City winger prepares to undergo a medical.

According to John Percy of the Telegraph, the Switzerland international has a release clause of just £13.75million and will have a medical with the Reds on Friday ahead of becoming their third summer signing.

MORE: Video: Liverpool star makes audacious claim that could come back to haunt him against Kylian Mbappe & Antoine Griezmann

Shaqiri has long been tipped for a big career despite failing to live up to his potential in spells with Bayern Munich and Inter Milan before winding up in the Premier League with Stoke.

Xherdan Shaqiri set for medical at Liverpool on Friday. Deal agreed with Stoke, release clause is around £13.75m. Will be Klopp’s third summer signing #lfc #scfc

Following the Potters’ relegation, it is little surprise to see Shaqiri leave the club and head back to the top flight, with Liverpool in need of more depth behind their first choice attack.

Shaqiri seems ideal to provide depth in Jurgen Klopp’s squad, as he’s perhaps unlikely to be the kind of player who’d expect to command a regular first-team place. 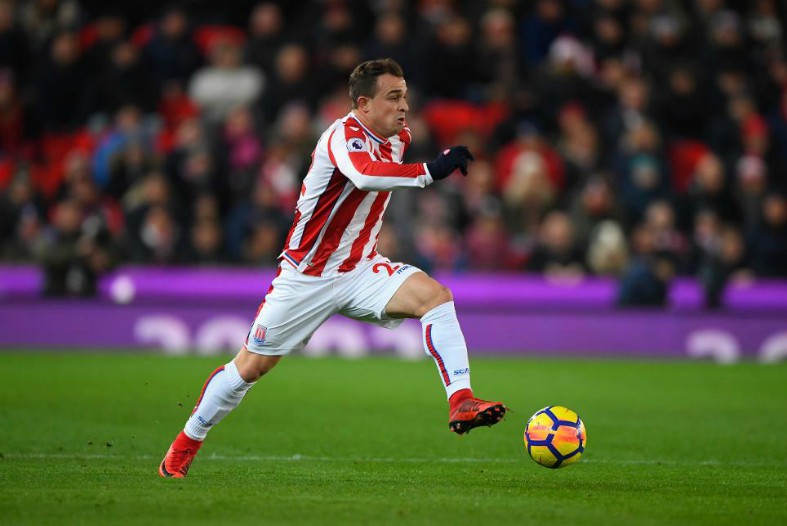 The 26-year-old has generally been an inconsistent performer, but given that he’d likely only be cover for Mohamed Salah, Roberto Firmino and Sadio Mane that shouldn’t be a big concern.

The six players that Liverpool are set to offload in the summer to raise transfer funds June 17, 2020 22:13
Liverpool FC