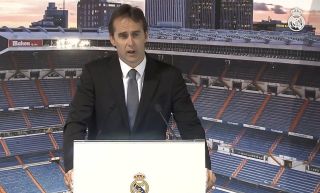 Julen Lopetegui has got quite the job on his hands at Real Madrid next season, and the Spanish tactician could arguably do with a transfer boost this summer.

As if following in the footsteps of Zinedine Zidane wasn’t hard enough after his trophy-laden stint in charge at the Bernabeu, Lopetegui will have to now do so without Cristiano Ronaldo.

As noted by BBC Sport, the Portuguese superstar has joined Juventus in a deal worth £99.2m, and given he scored a sensational tally of 450 goals in 438 games over nine years in the Spanish capital, that is going to be a major void to fill this summer.

According to AS, via El Larguero, Lopetegui has his eyes set on a target that he knows well from the Spain set-up in his previous job as it’s claimed that he wants Real Madrid to move for forward Rodrigo, who is said to have a whopping €120m valuation from Valencia.

The 27-year-old moved to Valencia in 2014 on an initial loan deal, but he’s since gone on to score 37 goals in 135 games and has certainly impressed.

However, it’s questionable as to whether he warrants such a sizeable price-tag given he has yet to prove himself consistently at the highest level and in turn it remains to be seen whether or not Real Madrid will move for him regardless of Lopetegui’s wishes.

What Ronaldo’s exit does do is open up space for others to impress. Gareth Bale, Isco and Marco Asensio potentially have an opportunity to step up and take on added responsibility without their former teammate, but time will tell if Rodrigo arrives this summer to give them and Lopetegui a helping hand. 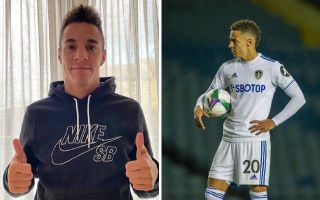