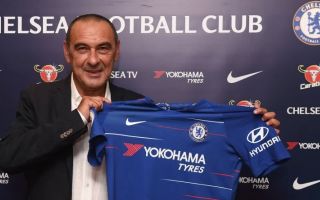 It’s done! Maurizio Sarri is officially the new Chelsea manager after closing the book on one of the longest-running summer sagas in football.

The former Napoli boss signed a three-year contract at Stamford Bridge this morning, a day after Antonio Conte finally left the club.

As is the custom with new Chelsea signings, Sarri has his picture taken with Blues director Marina Granovskaia. 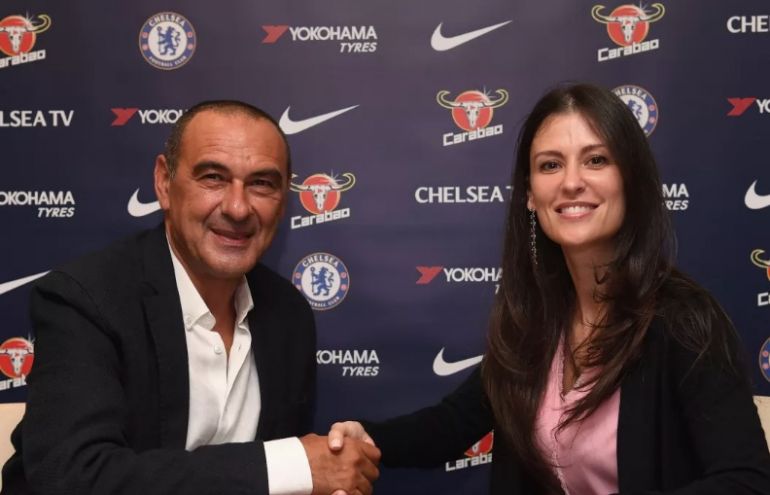 Granovskaia told the club’s official website: “We are delighted to welcome Maurizio and are looking forward to him bringing his football philosophy to Chelsea.

“Maurizio’s Napoli side played some of the most exciting football in Europe, impressing with their attacking approach and dynamism, and his coaching methods significantly improved the players at his disposal.

“He has plenty of experience in Serie A and the Champions League and we know he is relishing the chance to work in the Premier League.”

Sarri’s first official game as Chelsea boss with be the Community Shield at Wembley where Manchester City will be the opposition.

How Kai Havertz was persuaded to change his mind about transfer to Chelsea September 6, 2020 12:37
Chelsea FC