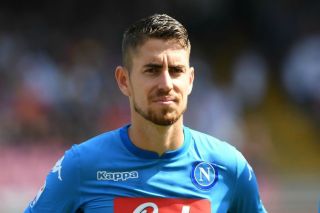 With the arrival of new manager Maurizio Sarri, Chelsea fans will be excited to learn that the proposed Jorginho deal is done, according to Italian Sky Sport journalist Fabrizio Romano.

Sky Italy reporter Romano revealed on Twitter that Jorginho is now a Chelsea player, having now completed his move to the Blues.

And Jorginho too is new Chelsea player ?? #CFC #Chelsea #transfers

In what started as a very quiet summer for the Blues, the ball is definitely starting to get rolling as Sky Sports reported that Jorginho expected to join Sarri from Napoli in a £57m move.

Sarri has earned plaudits for his enterprising brand of football at Napoli and the Italian international embodies his former coach’s style.

The Brazil born star is one of the best deep-lying midfield creators in Europe and scored two goals in Serie A last season, creating 44 chances with four assists.

He is a midfield metronome and according to Squawka completed 2489 passes last season with a pass accuracy of 89%.

The potential new signing will hope to improve Chelsea’s goals tally next season as they finished with 62 goals in 38 Premier League games last season – which is the lowest scoring tally of the top six sides.

Things are certainly looking up at Stamford Bridge ahead of the new season.

#Angelsports thank Chelsea board for sarri come on Chelsea come on the blues. This season is for us am very happy for sarri and Jorginho.

SarriBall coming to the Bridge, Looks like Jorginho is coming with him to, Happy days, Lets hope we can get Hazard and Courtois to sign contracts to. #CFC #Sarri