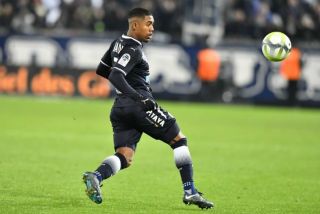 Bordeaux star winger Malcom is closing in on a move to Inter Milan, according to The Times.

Malcom has scored 23 goals in 96 appearances since joining Bordeaux back in 2016 and the Brazilian youngster is one of most sought after talents in Europe.

As previously reported by the Metro, Arsenal and Tottenham have also been linked with the Brazilian speedster in the past – however the report from The Times states that the Italian giants are closing in on an initial loan deal move costing £8.8 million with an option to purchase him next summer for an additional £26.5 million.

Last season, he contributed to 12 league goals and created seven in 35 Ligue 1 appearances, so it’s no wonder why some of Europe’s top clubs are after the forward.

It was also reported in June by the Mail that Liverpool could be in the 21-year-old, however, with the latest addition of Switzerland star Xherdan Shaqiri, Jurgen Klopp has his options well stocked in the forward positions for the new season.

It’s clear that Malcom is destined to be a regular for the national side in the future as he has made 13 appearances for Brazil’s Under-20 side, scoring twice and was part of the side that reached the U20 World Cup final in 2015, losing to Serbia.