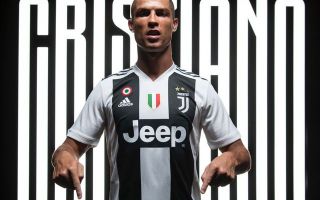 After he was officially unveiled to the media on Monday, Cristiano Ronaldo has offered a first glimpse of himself in a Juventus shirt on social media.

The Portuguese superstar merely held up the jersey after taking questions from reporters during his press conference, as he also posed with Juve officials having now completed his move from Real Madrid.

However, Juventus fans didn’t have to wait too much longer to see what they were waiting for as the 33-year-old posted an image of himself in the club’s famous black and white colours while captioning his post with the club’s slogan, as seen below.

The Bianconeri confirmed last week that they had landed Ronaldo in a deal worth in excess of €100m, as per their statement, and so having heavily invested in one of the game’s all-time greats, they’ll undoubtedly be hoping that he can sustain their domestic dominance while also ending their agonising wait for European success.

It’s been 22 years since the Turin giants last won Europe’s biggest prize, but perhaps Ronaldo will be the catalyst to end that barren run having won five in the time that has passed since during spells with Man Utd and Real Madrid.

Nevertheless, for now at least, Juventus supporters will be basking in the excitement of seeing Ronaldo in the club’s colours, as seen in the posts below.