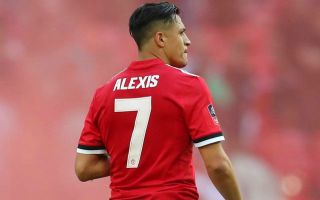 With the new season rapidly approaching, Man Utd will begin their pre-season preparations this week after flying out to the US as part of their summer tour.

As seen in the tweet below, the club shared images of several members of the squad preparing to travel across the Atlantic, but it didn’t appear as though Alexis Sanchez was with them.

Given that Chile were not involved in the World Cup this summer, it was to be expected that the 29-year-old would be part of the travelling party as he’s not in the group afforded additional time off due to their exploits in Russia.

In turn, it would have perhaps raised question marks for some as to where he was and why he wouldn’t be playing in the International Champions Cup, but it appears as though an explanation has now been presented.

As per Sky Sports, Sanchez hasn’t made the trip to the US because of visa issues in relation to the suspended jail sentence that he received after the hearing in Spain over tax fraud.

With that obstacle in mind, it remains to be seen whether or not the former Arsenal ace is able to join his teammates at a later date, or if he will be forced to continue his preparations for the new campaign in England away from the rest of the group.

It’s not ideal for Jose Mourinho who will hope to use the pre-season tournament as a way of continuing to build chemistry between his players ahead of the new season, but that might not now be possible for Sanchez.

The Red Devils will begin their schedule against Club America on Thursday, and so it remains to be seen whether or not Sanchez is able to travel before then to feature in the game.