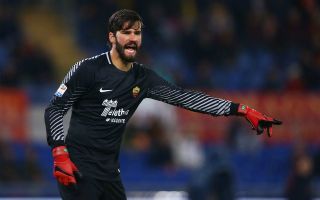 Liverpool are reportedly still alongside Chelsea in the running to seal the Alisson transfer from Roma before the end of the summer.

In a remarkable hint from the player’s agent as well, it seems he’s been spotted liking an Instagram post of Alisson photoshopped halfway into a Liverpool kit, as reported by Empire of the Kop.

Gianluca Di Marzio claims both Liverpool and Chelsea are chasing the Alisson transfer but that no concrete proposals have come in yet, though if his agent’s social media activity is anything to go by, it may well be that the Reds have some edge.

The Alisson transfer saga has been running for much of the summer and it’s little surprise he’s attracted so much interest following a superb season for Roma. 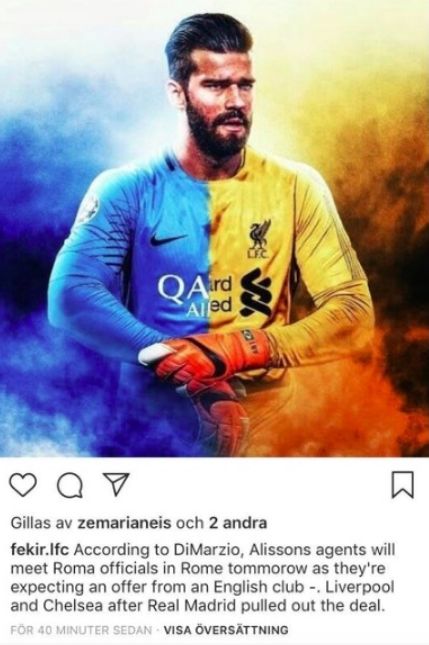 Alisson transfer to Liverpool hint from his agent?

Surely one of the finest goalkeepers in the world right now, the Brazil international would be a top signing for Liverpool in particular due to their need for an upgrade on Loris Karius after his Champions League final errors.

Chelsea also have needs in goal, however, with HLN reporting that their number one, Thibaut Courtois, is in advanced talks over leaving the club to join Real Madrid.

Di Marzio claims Alisson’s agent is set for talks with Roma, who already seem to have possible replacements lined up for the 25-year-old.