Liverpool are reportedly ‘well ahead’ of rivals Chelsea in the transfer battle for Roma goalkeeper Alisson.

It is claimed by Gianluca Di Marzio that Reds boss Jurgen Klopp has held personal talks with the Brazil international over a move to Anfield before the end of the summer, with the Italian source stressing that the Merseyside giants are clear favourites over their west London rivals at the moment.

It’s looking very promising for Liverpool in what could be a nightmare situation for Chelsea, who reportedly look set to lose their own number one goalkeeper Thibaut Courtois.

Marca are among the sources reporting that Courtois is closing in on a move to Real Madrid, and if Alisson ends up at Liverpool then Chelsea will be in a desperate situation in such an important position.

However, all is not done yet between Liverpool and Roma, with Di Marzio stressing that LFC remain a small way off agreeing a fee for the player, with the Serie A giants holding out for €75million in total. 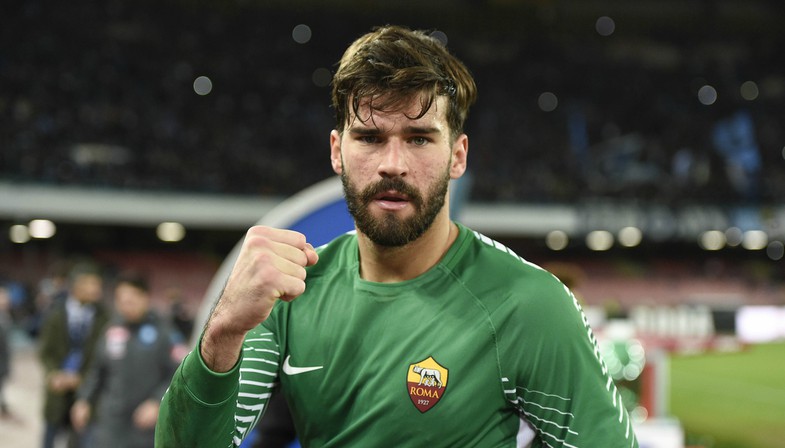 If Liverpool pay up, they would look in an extremely strong position going into the new season.

Klopp has already brought in top quality additions in midfield in Fabinho and Naby Keita, whilst adding Xherdan Shaqiri as an option in attack.

If Alisson can join and provide a significant upgrade on the likes of Simon Mignolet and Loris Karius, this LFC squad could be in a very good position to build on last season’s success and go that step further and win a major trophy like the Premier League or Champions League.