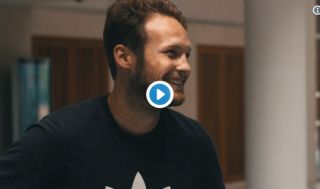 The Dutchman has just rejoined Ajax from Manchester United after four years away, with the Amsterdam giants declaring that ‘Daley’s coming home’.

In case you’ve been living under a rock all summer, that song had something of a revival over the course of this World Cup as England performed well beyond expectations, reaching the semi-finals of the competition.

For Ajax, it’s not quite been 52 years of hurt, but bringing back a former star of theirs is clearly going down well.

While Blind never truly established himself at Old Trafford he shone at Ajax in his first spell and looks a solid signing, so well done for this superb welcome home!