Arsenal are reportedly among the clubs interested in a possible transfer swoop for Barcelona goalkeeper Jasper Cillessen.

The Gunners already have Petr Cech, David Ospina and new signing Bernd Leno as options between the sticks going into the new season, so it’s certainly a surprise to see them linked with another big name in that position.

However, Mundo Deportivo report that Chelsea are looking at the Netherlands international, along with Arsenal, Roma and Inter Milan.

While Arsenal’s need for a new ‘keeper does not seem particularly urgent, it makes sense to see some of these other clubs looking at Cillessen’s situation after his lack of playing time at the Nou Camp.

A fine player, the 29-year-old remains behind the excellent Marc-Andre ter Stegen in the pecking order in Ernesto Valverde’s side. 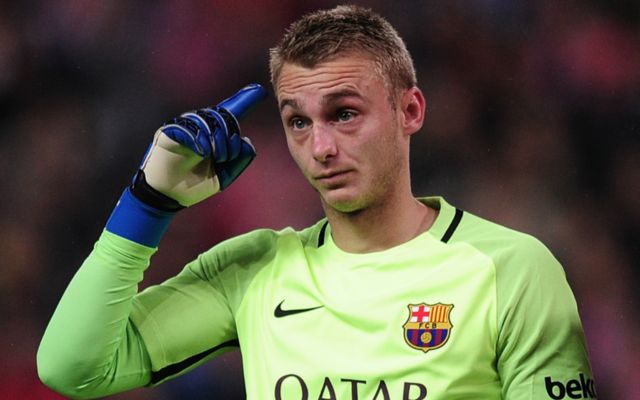 Arsenal and Chelsea in for Barcelona goalkeeper Jasper Cillessen?

He could certainly do a job for Chelsea, however, with the Blues tipped to lose Thibaut Courtois to Real Madrid, according to Marca and others.

Roma, meanwhile, could do with a replacement for Alisson as the Times and others report the Brazilian shot-stopper is set for Liverpool.

The only way Arsenal could perhaps realistically do with more depth in goal is if Petr Cech ends up being Chelsea’s choice in goal, with Sky Sports linking him with a surprise return to Stamford Bridge, though one imagines he’s surely not among their top choices given his dip in form last season that has presumably led Arsenal to signing Leno in the first place.