Liverpool goalkeeper Danny Ward is close to sealing a move away from Anfield, after a £12M bid from Leicester City was accepted by the Reds.

This is as per the Sun, who are stating that the shot-stopper is set to opens talks with Leicester after Brazilian international Alisson completes his move to the club.

The same report also says that Jurgen Klopp is willing to see the player leave Anfield, so it seems as if the Welshman’s days on Merseyside are numbered. 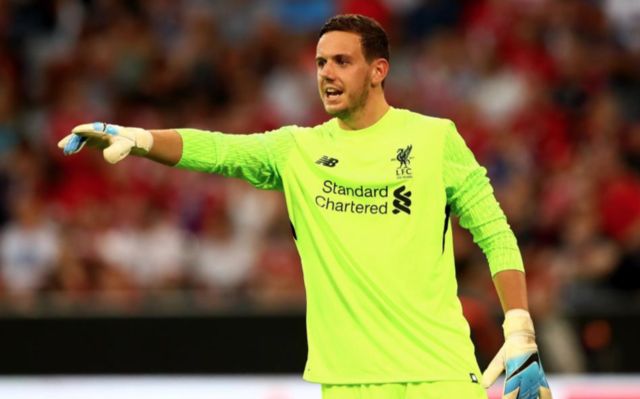 Leicester have had a £12M bid for Ward accepted by Liverpool

Despite Simon Mignolet and Loris Karis producing average seasons for Liverpool this campaign just gone, Ward still failed to break into the first team with Jurgen Klopp’s side.

The closest the Welsh international got to playing for the club in the Premier League was a spot on the substitutes bench, with Ward only managing one first team appearance, with that coming in the League Cup.

The shot-stopper impressed massively during his loan spell at Huddersfield in the Champions two seasons ago, as his consistency between the sticks helping the Terriers secure their first ever promotion to the Premier League.

Getting £12M for a player that has only played one first team game for Liverpool this past season is fantastic business from the Reds, and is something that should let their fans know that they know what they’re doing going into a big season for the club.