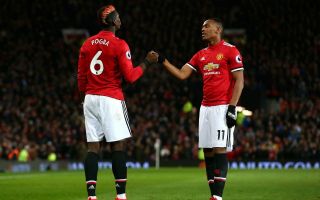 According to Don Balon, Coutinho has learned Barca hope to wrap up a marquee signing in the coming days, with Pogba seemingly the player in question.

The France international has just had a superb World Cup with Les Bleus and would be a great fit at the Nou Camp after struggling at Old Trafford.

Pogba has never entirely looked at home under the overly conservative tactics of Jose Mourinho, and the 25-year-old could do well to try a change of scene soon.

Don Balon state Pogba does want the move to Barcelona, but United have set an asking price of €150million for the former Juventus man.

Paul Pogba is being strongly linked with a transfer to Barcelona

It remains to be seen if the La Liga champions can afford that kind of fee, though they do urgently need to recruit in midfield after losing both Andres Iniesta and Paulinho this summer.

Pogba could be ideal to provide some creativity in the middle of the park and replace club legend Iniesta, having shown for France that he can excel in a more attacking role.