Real Madrid have reportedly agreed a deal with Chelsea for Eden Hazard, with the total set to be around €190M (£170M).

This is according to the Mirror, who, as translated and re-reported from Le10Sport, state that Real have agreed a deal with the Blues for the Belgian star who tore apart the World Cup in Russia this summer.

The same report also states that, as translated and re-reported from RMC Sport, the winger has agreed personal terms with Los Blancos, so it seems like this transfer could be a matter of when, not if, this summer. 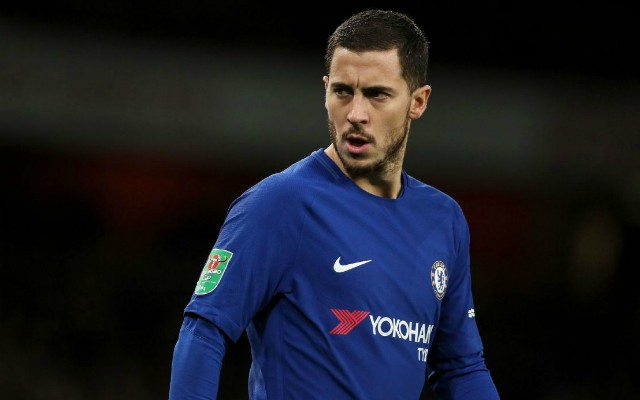 The Belgian international showed the world exactly what he’s capable of this summer in Russia, as the Blues superstar’s fantastic string of performances helped his side finish third at the tournament.

Despite this, the Belgian was not able to replicate this success with the Blues last season, as Maurizio Sarri’s side only managed to finish fifth in the Premier League.

With Cristiano Ronaldo now no longer part of the set-up at the Santiago Bernabeu, the Spanish giants are in desperate need of reinforcements as they look to keep up their quite remarkable run in the Champions League.

Hazard could very well be the man that replaces Ronaldo at Real, and it seems that, especially after this summer, the Chelsea talisman definitely has it in him to fill the void left by the Portuguese sensation in the Spanish capital.