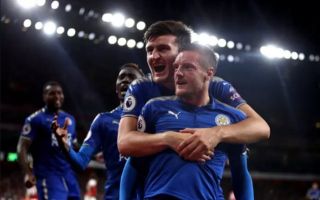 Manchester United manager Jose Mourinho has reportedly identified Marcos Rojo as the most likely name to make way in his squad as he seeks to seal the transfer of Harry Maguire.

The Leicester City defender has been strongly linked with United in recent times and the Daily Mirror claim a £65million bid could be in the works – but only once one of the club’s current centre-backs is offloaded to help raise the funds for the deal.

MORE: Manchester United told they ‘must sign £134million superstar’ instead of Willian or Ivan Perisic

The report claims the player in question will most likely be Rojo, with the Argentina international rarely a regular in his time at Old Trafford so far.

The 28-year-old has had his moments for the Red Devils, but injuries and a lack of consistency have held him back, and it wouldn’t be surprising if many felt Maguire would be a considerable upgrade at the back.

The England international was rock solid for Leicester last season, earning a place in Gareth Southgate’s squad that made the World Cup semi-finals.

Maguire really caught the eye in Russia, leading to increased speculation over his future at the King Power Stadium since then.

The 25-year-old could be an ideal long-term solution for United at the back if they can get the money together to launch a bid before the transfer window closes.