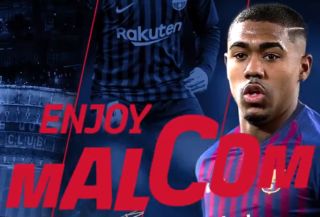 Barcelona have today confirmed the completed transfer swoop for Brazilian winger Malcom from Bordeaux, embarrassing Roma in the process.

The Serie A giants had yesterday tweeted about reaching an agreement to land the youngster, which usually suggests a club is confident everything is done and getting the formalities done will be, well, a formality.

Unfortunately, Barcelona have gazumped them late on and announced the signing on their official website today in what looks a hugely promising purchase for an outstanding talent.

Here’s a screen shot of Roma getting ahead of themselves, in case they delete it… 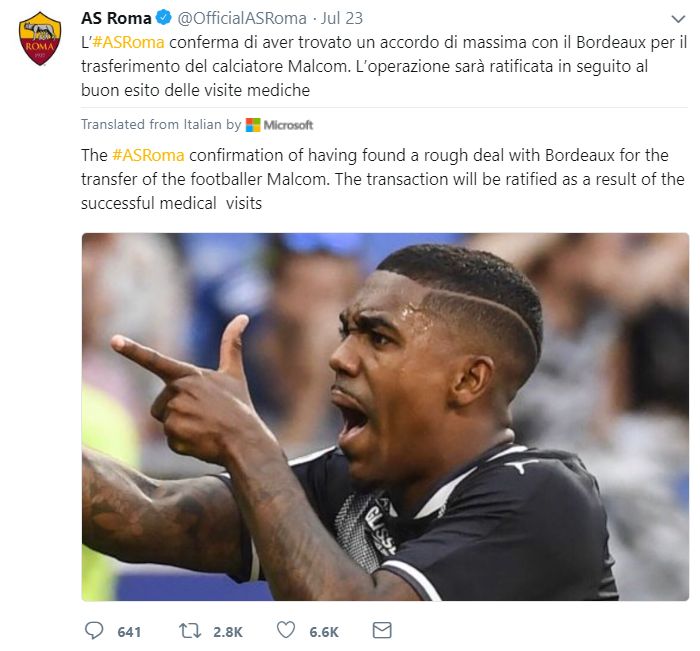 Away from this particular transfer, the deal has got a fair few Manchester United fans tweeting about their renewed prospects of landing Willian from Chelsea.

The Daily Mail recently linked the 29-year-old with both United and Barcelona, but if the latter have already signed a new winger, that surely means they won’t be needing another.

This could be a big boost for United if they do continue to chase Willian as has been suggested, so it’s unsurprising that many fans have drawn similar conclusions…

Got to think United will bid for Willian now?

United have to get Willian now that Barca got Malcom! #MUFC https://t.co/626u7hLgOW

I can already see willian in a united shirt now ffs https://t.co/ssV2rD4xsN