Man United are eyeing up a move for Croatia star Ante Rebic as an alternative signing to Chelsea ace Willian.

This is according to the Independent, who note that Jose Mourinho and Man United are eyeing up Rebic after a deal for the Brazilian has proved to be difficult to land.

The Metro have reported in the past that, as translated and re-reported from Bild, that the Red Devils are keen on bringing the winger to Old Trafford, and that Rebic is set to cost £44M. 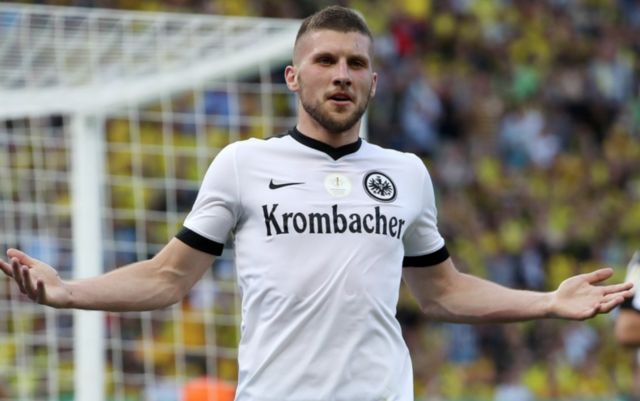 Mundo Deportivo has reported previously that United are keen on Willian and that the Blues want £62m (€70M) for the winger, a price that makes moving for Rebic look like a very sensible idea.

The winger played a big part in Croatia’s run to the World Cup final this summer, with his displays showing the world exactly what he’s capable of.

Rebic has a decent season with Bundesliga outfit Eintracht Frankfurt last year, as he scored scored nine and assisted three in all competitions as he helped the club win the DFB Pokal.

Rebic could be a real asset for United should they decide to move for him and sign him, however only time will tell if the club get tired of pursuing Willian and turn their attentions to the likes of Rebic.