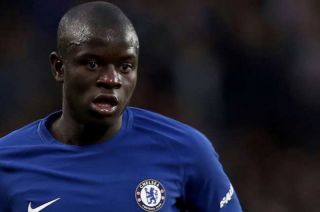 Juventus are reportedly lining up a move for Chelsea’s N’Golo Kante this summer, as the Italians continue their summer of changes in Turin.

Kante returns to Stamford Bridge as a World Cup winner following his exploits with France in Russia this summer. He was an ever-present in midfield as Didier Deschamps’ men powered their way to glory, beating Croatia 4-2 in the final.

The diminutive midfielder has been one of the best players in England during his three years in the Premier League – both with Chelsea and Leicester City – expertly breaking up play and kickstarting attacks whilst running relentlessly on an amazingly consistent basis.

New Blues boss Maurizio Sarri will not want to lose one of the clubs most valuable assets but their resolve may soon be tested by a bid from Juventus in Italy – according to Team Talk, reporting on a story from CalcioMercato, with Kante given a whopping €80m valuation.

Team Talk reports that Juve may soon lose Miralem Pjanic to Manchester City, which would leave a gaping hole in their midfield ahead of next season.

Chelsea begin their 2018/19 Premier League campaign on August 11 against Huddersfield and supporters will hope that their tenacious midfield star remains very much a part of the team when the curtain raises on the new season.