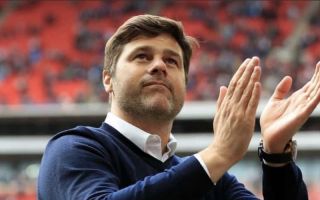 Tottenham boss Mauricio Pochettino has questioned the Premier League’s decision to start the season a week before the rest of Europe following the World Cup.

The Argentine manager is adamant that top-flight officials should have delayed the start of the campaign by a week, in order to give those who starred in Russia extra recovery time after the World Cup – according to The Evening Standard.

It’s particularly poignant for the Argentine coach and his squad given Spurs had nine players on show at the semi-final stage in Russia this summer which in turn means that the majority of the team’s star names remain on holiday following the tournament’s conclusion.

Perhaps the most concerning part is that England striker and Tottenham talisman Harry Kane is unlikely to join up with the squad until August 7, just five days before their opening game of the Premier League season against Newcastle, which is far from ideal to get him up to speed and match fit.

“The players need to rest, the players need a period to recover after more than 10 months’ competition.” Pochettino said, as reported by The Evening Standard.

“I’m not going to complain about them having that. I completely understand that they need 20 or 21 days to be away from football. But of course that is a massive disadvantage because to prepare the season in that way will be tough for them and us.

“But I need to adapt to what the Premier League propose. We cannot delete the start of the season. We start earlier than other leagues and countries. There’s nothing I can do. I think all the clubs are going to be in a similar condition — some with more problems than others. That is the reality and we cannot change it.”

In his defence, Pochettino does make a valid point. There will be a balancing act between ensuring that his star men get adequate rest and avoid the risk of injuries on their return against needing them to spearhead their pursuit of a strong start to the season.

Starting the new campaign a week later, in line with the other major European leagues, could have been beneficial for Spurs and their Premier League rivals.