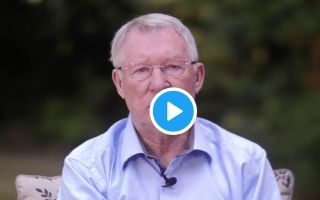 The 76-year-old suffered the health scare in May, but fortunately with the excellent care of the hospitals he specifically names in the video below, he has been able to make a full recovery.

With that in mind, he has promised to return to watching Man Utd in action later in the season and has wished boss Jose Mourinho and the squad well as they continue their pre-season preparations this week.

Ferguson insists in his video below that he “would not be sitting here today” had it not been for the treatment he received, and so it really does paint a picture as to how serious his condition was after he was forced to undergo emergency surgery on May 5.

Nevertheless, he’ll look forward to continuing his recovery now and returning to Old Trafford when possible. After being flooded with well wishes after being admitted to hospital, it’s evident in his message that it certainly meant a lot to him.

It’s great to see him back healthy!

On Saturday 5 May, the football world was rocked by the news that Sir Alex Ferguson had undergone surgery for a brain haemorrhage.

Since then, the most successful manager in English football history has battled in a way only he knows how.

Today, we bring you a special message. pic.twitter.com/NgGejgM46e