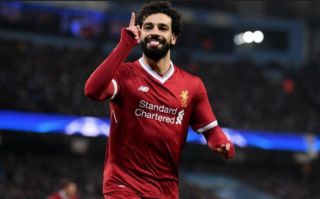 James Milner has insisted that the strikers at the club must step up and contribute more goals so that the team isn’t so dependant on Mohamed Salah.

The Egyptian international was phenomenal last season during in his debut year at Anfield, scoring a record 32 Premier League goals and a further 12 in all competitions.

Salah was Liverpool’s talisman during their run to the Champions League final but suffered heartbreak in the showpiece event after being forced off in the first half against Real Madrid with a shoulder injury.

The 26-year-old only just managed to return to fitness in time to play a part for Egypt at the World Cup in Russia, but couldn’t save his nation from a group stage exit, despite scoring two goals.

Fellow Reds teammate James Milner has now urged the rest of the forwards at the club to share the load with Salah and try to match his goalscoring exploits as they simply can’t fall into a trap of relying on their prolific ace to constantly bail them out of trouble.

According to Sky Sports, Milner said: “The best players in the world aren’t known because they just did it in one season, they do it over and over again.

“He is more than capable of doing that. He is a top player. He’s shown that. He’s going to keep on improving.

“We need to keep improving as a side with him as well, and make sure that all the pressure is not on his shoulders to deliver goals and get us out of tough situations.

“It’s down to all of us to help him be the best player he can be and do that as part of a team.”

Liverpool finished fourth in the Premier League last year, a point worse off than the previous season and manager Jurgen Klopp must arguably now launch a genuine title bid following an influx of summer signings, including Alisson, Fabinho and Xherdan Shaqiri.

The Reds kick off their new campaign against West Ham United at Anfield on August 12th and supporters will hope that their Egyptian king will once again deliver the goods as Liverpool aim to dethrone Manchester City.