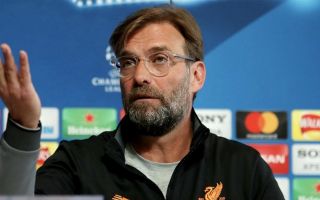 Liverpool manager Jurgen Klopp has made his pre-campaign assessment of the new Premier League season and backs two surprise contenders for the top six.

The Reds have finished in the top four for the last two seasons under their German boss, however, they did record a slightly lower points tally last term than in the previous season.

Liverpool’s 2017/18 campaign was defined by their run to the Champions League final in Kiev rather than their league position, where they ultimately lost 3-1 to perennial champions Real Madrid.

Several new signings during the transfer window so far though have raised expectation amongst supporters heading into the new season, not least the record £66.9 million signing of Alisson – as per The Guardian – which should help shore up their defence as the Reds plan a genuine title bid.

According to The Mirror, when addressing the media this Friday, Klopp gave his insight into the year ahead and threw some unexpected names into the mix for high league finishes.

“Tottenham are pretty much complete together, Arsenal, they lost Wilshere, that’s it, and otherwise they only brought players in, so strong side obviously.

“Everton is set for big things, Wolverhampton can be a surprise. It’s a difficult league, so we don’t have to dream too much and we don’t.”

The Liverpool squad is currently competing in the International Champions Cup in the US, with their next game kicking off tomorrow against arch-rivals Manchester United.