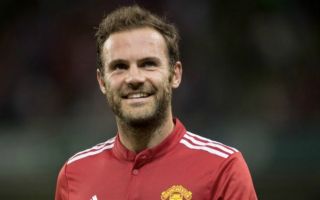 Man Utd midfielder Juan Mata has urged the Red Devils to be more consistent next season as they aim to knock Manchester City off their perch.

Last season was a disappointing one for Jose Mourinho’s side as they finished 19 points behind their city neighbours in second place in the Premier League, while also ending the year without a single trophy after their loss in the FA Cup final.

United struggled to string enough wins together regularly and lost pace with their rivals before Christmas, something that Mata believes cannot happen again in the next campaign – according to The Manchester Evening News.

The 30-year-old midfielder has been at Old Trafford since moving from Chelsea in 2014 and has endured four difficult years at the club during a transitional phase which has taken longer than supporters would have hoped.

Second place last season represented the highest finish for United since Sir Alex Ferguson left in 2013, however they never truly looked like genuine title contenders if compared to Pep Guardiola’s side who thoroughly deserved their success.

“We need to be more consistent,” said Mata, as reported by MEN. “The one that wins the Premier League is the one that is the most consistent earning points week in, week out, we need to do that if we want to win.

“Champions League again, FA Cup, League Cup, we have many tournaments to play for and hopefully we can go on to the end of them.”

Manchester United are currently on a pre-season tour of the US and face Liverpool next tomorrow in the International Champions Cup with their preparations likely to be key in ensuring that they make a quick start to the Premier League campaign and set the pace alongside their rivals.