Juventus have confirmed the signing of former Barcelona starlet Pablo Moreno, despite the youngster making quite the impression in Spain.

Given that the Catalan giants are consistently producing quality young players, it’s naturally difficult for every one of them to go on and make their mark for the senior side.

In turn, many find themselves moving elsewhere where better prospects of playing regularly are offered, and that could be the case with Moreno who has joined Juventus, as seen in the club’s tweet below.

The 16-year-old will be seen as an important addition for the long-term vision in Turin, as he’ll now look to make a positive impact for the Primavera side and go on to impress Massimiliano Allegri to perhaps even knock on the door for involvement at senior level.

Nevertheless, it’s merely an exciting addition for now, as Juventus note in their official statement confirming the signing that Moreno had scored over 200 goals for the youth sides at Barcelona.

With that in mind, the youngster clearly has an eye for goal, and so he will look to prove his worth in Italy now as Barca may be forced to deal with the disappointment of losing a potential future star.

Given that they have seemingly changed their transfer strategy this summer, with Clement Lenglet (23), Malcom (21) and Arthur (21) all being signed to suggest that an emphasis will be placed on youth, it would be a surprise if more youth team products don’t make the step up moving forward. 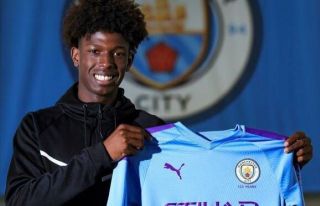