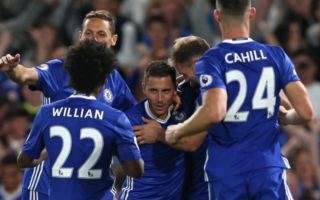 Chelsea have reportedly accepted a £66m bid from Man Utd for Willian, while it’s claimed Gary Cahill is also of interest to Jose Mourinho.

The Red Devils arguably still have room for improvement this summer as after their disappointing campaign last season, more was perhaps expected from their transfer window.

SEE MORE: Two out, one in: Man Utd tipped to axe duo as they target £65m star

Mourinho has already seen Fred, Diogo Dalot and Lee Grant officially unveiled as new signings, but after finishing 19 points adrift of rivals Man City in the Premier League title race and with no trophies at all to show for their efforts last year, they certainly have ground to make up.

According to The Express, via the paper edition of Tuttosport, they could be set to bolster their attacking options as it’s claimed that Chelsea have given the green light to a £66m bid from Man Utd for Willian.

As per The Sun, the winger has been heavily linked with United for some time, and so it remains to be seen whether or not real progress has been made.

The Brazilian international enjoyed a productive campaign last season, scoring 13 goals and providing 12 assists in 55 appearances in all competitions, before playing a key role for Brazil at the World Cup in Russia earlier this summer.

Given he’s set to turn 30 next month though, that does raise question marks over how sensible it would be for Man Utd to potentially splash out £66m on him, but Mourinho knows what he can offer having previously worked with him at Stamford Bridge and so it remains to be seen if a deal is done.

Further, the report also claims that defensive stalwart Gary Cahill could be on his way to Manchester too, with Mourinho seemingly looking for defensive reinforcements despite having countless options at his disposal already.

The Man Utd boss can call upon Eric Bailly, Chris Smalling, Phil Jones, Marcos Rojo and Victor Lindelof for the central positions, but that doesn’t seem to be enough if Cahill is genuinely on their transfer radar.