Serie A titans AC Milan are said to be eyeing up France star and Chelsea flop Tiemoue Bakayoko for a transfer this summer.

This is according to Italian news outlet Gianluca Di Marzio, who note that Milan are eyeing up Bakayoko as well as Diadie Samassekou for a move this summer.

The report also notes that the Italian side want a move competitive squad this season, something that Bakayoko will definitely contribute to should he move to the San Siro. 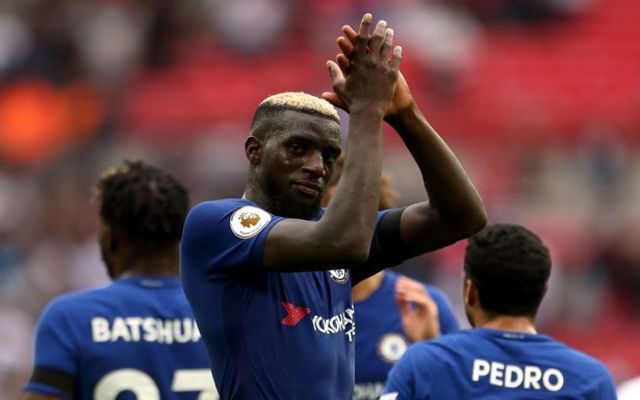 To say Bakayoko has been poor for the Blues since his move from Monaco last summer would be an understatement, with the French international seriously struggling to adapt to the English game last season.

Towards the end of the campaign, Bakayoko often found himself watching gamez from the subs bench, with stars like N’Golo Kante and Cesc Fabregas constantly keeping the midfielder out of the team.

Chelsea fans would’ve been bitterly disappointed with the way Bakayoko performed last year given how impressive he was for Monaco in the 2016/17 season.

The Frenchman played a big part in Monaco winning their eighth Ligue 1 title, with Bakayoko also proving to be good in their run to the Champions League semi finals.

Bakayoko moving to Milan could be a smart choice, as he would be able to reassure himself as one of the most talented young midfielders in Europe with the Italian giants if things go his way.