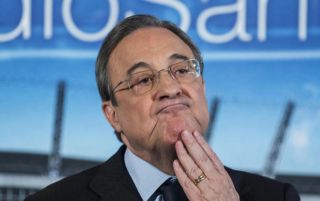 Real Madrid will have to pay €225M if they want to bring Chelsea superstar Eden Hazard to the Santiago Bernabeu this summer.

This is according to Don Balon, who note that the Blues did have an asking price of €200M for the Belgian, however this has now been raised to €225M.

The report also states that Real president Florentino Perez does not intend to increase the €145M offer he has already made for the winger, making it seem as if the player is not set to secure a move to the Spanish capital this summer.

Despite having an absolutely blinding World Cup with Belgium this summer, paying €225M for Hazard is surely something that just isn’t logical.

Although the winger has played very big parts in the Blues’ title winning Premier League campaigns in the 2014/15 and 2016/17 seasons, it doesn’t worth it to fork out so much for a player who only has a handful of years left at the top.

Real Madrid do need to find a player to replace the goals and presence of Cristiano Ronaldo, however paying this much for one just doesn’t seem like smart business from the Spanish giants at all.

Only time will tell if Real are willing to cough up an offer anywhere near the price tag Chelsea have for Hazard, and bring in one of the world’s most talented players in the process.