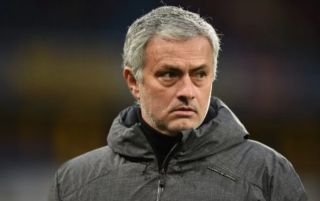 After seeing Man Utd fall to a 4-1 defeat to Liverpool in a pre-season friendly, it’s fair to say that Jose Mourinho was not in the best of moods.

The Portuguese tactician cut a frustrated and dejected figure in his post-match press conference as he discussed various topics including transfer targets and the squad available to him in the US for the International Champions Cup.

Two senior players missing for the defeat to Liverpool were Antonio Valencia and Anthony Martial, with the former picking up an injury after returning to club duty while the latter returned home to be with his partner for the birth of their child.

However, Mourinho evidently isn’t impressed that they aren’t with the squad currently, as although he did of course insist that Martial’s baby was a priority, he seemingly expected him to come back afterwards and then return home with the squad.

“Antonio Valencia comes from holiday – I think too much holiday for him. His condition was not good when he was back, then injury and also go back,” he is quoted as saying by Sky Sports.

“Anthony Martial has the baby and after the baby is born – beautiful baby, full of health, thank God – he should be here and he is not here.”

In his defence, Mourinho is short on numbers given the number of internationals in the squad who featured in the World Cup and were granted additional time off to recover.

Nevertheless, it raises a familiar question as to whether or not the Portuguese tactician should be questioning his players publicly, which is something that he hasn’t been afraid of doing throughout his career but particularly in spells with Chelsea and Man Utd.

Mourinho went on to hint that he would appreciate players coming back “a little bit earlier”, but with that also comes a balancing act as the last thing he needs is for players to return too soon and risk picking up injuries in pre-season and putting him at a bigger disadvantage when the competitive games begin.