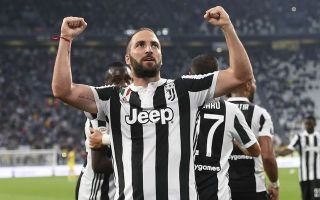 AC Milan sporting director Leonardo held a three-hour meeting with Gonzalo Higuain’s agent on Monday night as a move from Juventus is reportedly closer to going through.

The Rossoneri have yet to make a significant move this summer, with Alen Halilovic, Pepe Reina and Ivan Strinic all being confirmed as signings on free transfers.

Given that they’ll be looking to break into the top four in Serie A this season, more is arguably needed to help them build on last year after finishing sixth, and according to reports, reinforcements could be on the way.

According to La Gazzetta dello Sport, Milan are awaiting the green light from Higuain to secure a deal with Juventus which will see Leonardo Bonucci and Mattia Caldara swap places, while the Argentine striker will reportedly join in an initial €18m loan deal with a €36m option to buy at the end of it.

As per the report, Leonardo met with Higuain’s agent on Monday, which ended after over three hours of talks as seen in the tweet below, and as also suggested in the tweet below from Goal Italia’s Romeo Agresti, Milan are said to be on the verge of securing a deal which will surely delight their supporters as it’s claimed the two defenders involved in the switch are both valued at €40m.

Not only would the Italian giants be getting a long-term replacement for Bonucci in Caldara to potentially form a key defensive partnership alongside Alessio Romagnoli, but they’ll perhaps be solving their goalscoring issues from last season too given Higuain’s prolific record since moving to Italy in 2013.

The 30-year-old has scored 146 goals in 251 appearances for Napoli and Juve, and he may well be looking to add to that tally in a Milan shirt next season.

Meanwhile, it’s also arguably an important move for Juventus. After securing the signing of Cristiano Ronaldo this summer, the Bianconeri perhaps now have a real window of opportunity to not only continue their domestic dominance but to also land the Champions League.

The return of Bonucci by sacrificing a star for the future in Caldara would suggest that the club is adopting a ‘win now’ approach, and it could prove to be particularly fruitful next season if the deal is completed.