Real Madrid have been dealt a big blow in their attempts to sign N’Golo Kante this summer, after it was reported that the midfielder isn’t planning on leaving Chelsea.

This is according to Don Balon, who note that the French international is a target for Los Blancos this summer, and that he is set to turn a blind eye to the Spanish giants’ attempts to bring him to the club.

The report also notes that the west London club are planning to tie the French international down to a new contract at Stamford Bridge, something that will come as another blow for Julen Lopetegui’s side. 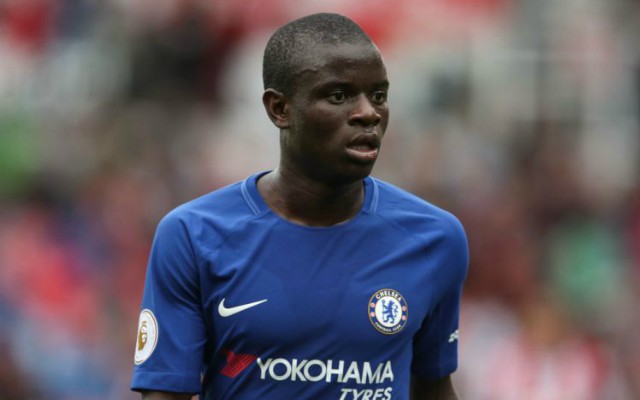 Kante has proven himself to be one of the best central midfielders in the world these past few years, with the French international’s displays for both Leicester City and the Blues helping him show everyone what he’s about.

The 27-year-old was a key factor in both the Foxes and Chelsea’s title-winning campaign in the 2015/16 and 2016/17 seasons respectively, with his high-octane pressing style and non-stop running proving to play a big part in both sides successes.

It’s been reported by CalcioMercato that Chelsea are going to want at least €80M if they are to sell Kante, a price that seems very plausible given just how good the player actually is.

Real signing Kante would’ve been a huge coup for the club, as it meant that they would’ve got their hands on one of the world’s most influential central midfielders.

However after this news, it doesn’t seem as if the player will be securing a move to the Spanish capital anytime soon.