Chelsea have reportedly opened talks with Atletico Madrid over a loan move for Belgium and Blues star Michy Batshuayi.

With Atletico already having stars such as Kevin Gameiro, Antoine Griezmann and Diego Costa on their books, it’s somewhat confusing to see why the Spanish giants would want to bring in Batshuayi.

MORE: Chelsea in talks over transfer of impressive World Cup star as club line up replacement

However that’s what it seems like, as the Express are noting that, as re-reported and translated from L’Equipe, Los Rojiblancos have opened negotiations with the Blues on Wednesday over a loan move for Batshuayi.

The report also notes that Diego Simeone’s side are set to make an offer to bring the player to Spain on a temporary basis, a move that would give Atleti another quality attacking option if they can pull it off. 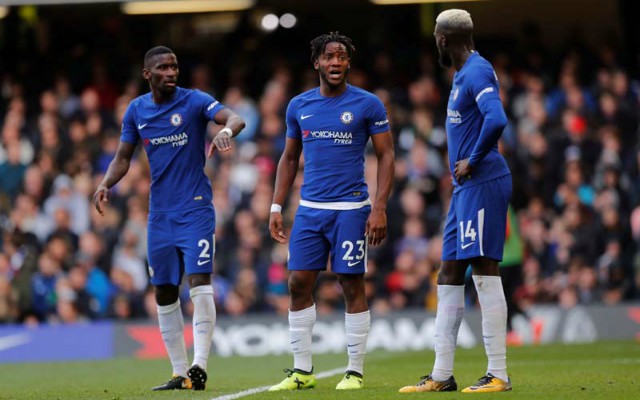 Since moving to Stamford Bridge from Marseille in the summer of 2016, Batshuayi has tried and failed to hold down a first team place with Maurizio Sarri’s side.

The 24-year-old has made a total of 53 appearances for the club since his move from France, with most of these coming as a substitute.

The Belgian international was shipped out to Borussia Dortmund on loan last season, and he managed to make his mark with the Bundesliga outfit in just six months.

Batshuayi scored nine times and assisted once in 14 appearances for Dortmund, a record that saw him loved by fans at the Westfalenstadion.

If Atleti do sign Batshuayi on loan, it remains to be seen whether the forward will be able to cement his place in their side over class stars like Griezmann and Costa.