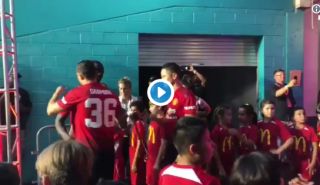 The Red Devils ended up winning 2-1 against the European champions, thanks to goals from Alexis Sanchez and Ander Herrera.

Bale has been occasionally linked with United in the recent past, with Don Balon not so long ago claiming the Welshman was tempted by the prospect of a move to Old Trafford.

Mourinho took a moment to shake Bale’s hand and give him a little hug, though it’s not entirely clear from the footage if he may have whispered something in the player’s ear.

United and Real Madrid players in the tunnel. Bale getting a handshake from Mourinho @ESPNFC pic.twitter.com/vDMxftA4xg

Either way, one imagines Real realise they have to keep hold of Bale this summer with still no replacement coming in following Cristiano Ronaldo’s departure.

Losing another key attacker now could be a suicidal move as they don’t have much time to bring in one player, let alone two, with the transfer window closing for Spanish clubs at the end of this month. 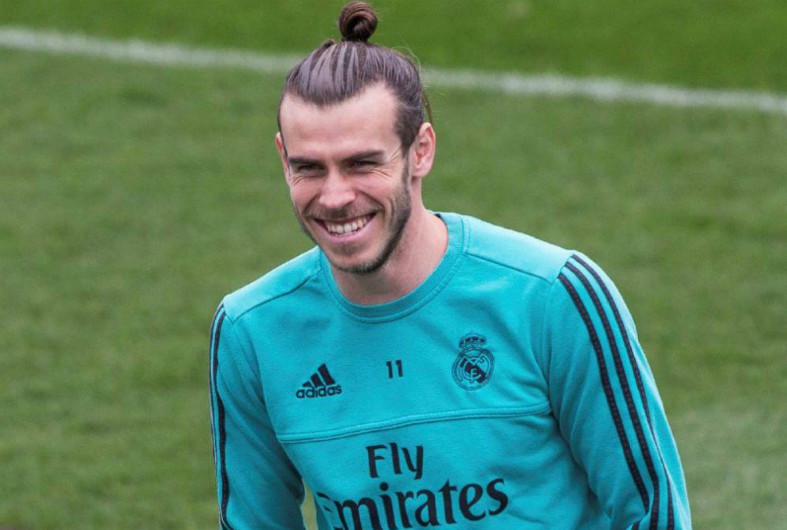 Gareth Bale has been linked with Manchester United on occasion

Their options will surely be limited, however, with Premier League clubs unlikely to let any big names go once they can no longer sign replacements as the window closes for English clubs a great deal earlier – August 9th.

Players like Eden Hazard, Mohamed Salah and Harry Kane would have been ideal for Madrid to replace Ronaldo, with many of the best players now at English clubs and not much in the way of genuine alternatives out there in Europe, save perhaps Neymar and Kylian Mbappe at Paris Saint-Germain, who hardly need to sell.