Jose Mourinho appears to be losing patience with Manchester United misfit Anthony Martial as he seems to agitate for a transfer, according to latest reports.

The France international is not currently on the club’s pre-season tour after being given permission to leave to be with his new baby son, though he’s been late to report back.

This is all detailed in a report from the Manchester Evening News that suggests Mourinho sees little point in keeping the player, who may well have played his last game in a United shirt.

Martial hasn’t always been a consistent performer for the Red Devils and some may feel he’s not likely to prove such a big loss.

There are many United fans, however, who rate the 22-year-old highly and will perhaps look with some fear at Mourinho’s track record of failing to nurture talented young players.

The likes of Mohamed Salah and Kevin De Bruyne were allowed to leave after not being given chances under Mourinho at Chelsea, and both are now shining at Liverpool and Manchester City, respectively, showing themselves to be among the finest players in the world. 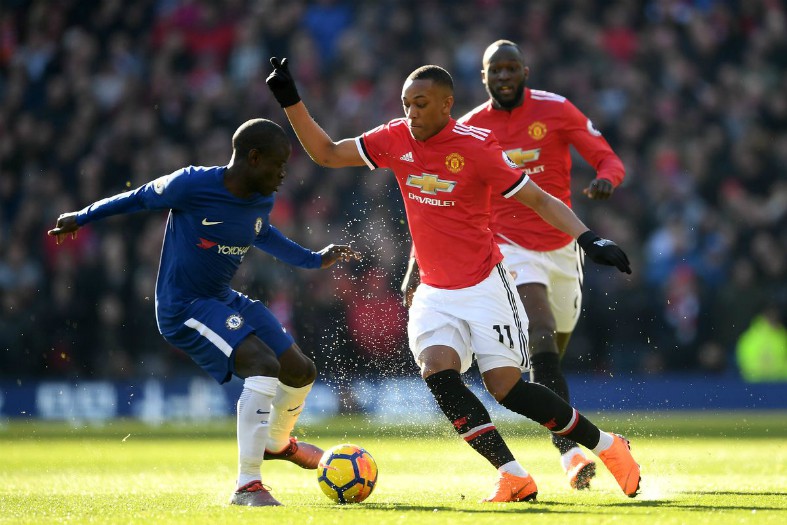 Martial looks like he could have similar potential if given the chance under a more attack-minded manager.

Little wonder then that Don Balon recently claimed he was keen to link up with Maurizio Sarri at Chelsea, though Arsenal were also mentioned as suitors.

The Frenchman makes sense as a player who could shine under Sarri and give Chelsea more spark up front after last season’s unconvincing form from the likes of Alvaro Morata, while the team as a whole didn’t click quite as well in any area.

Don Balon suggest Martial would not be as keen on joining Arsenal, but the Gunners could certainly also benefit from an upgrade on the likes of Alex Iwobi and Danny Welbeck on the left-hand side of their attack.