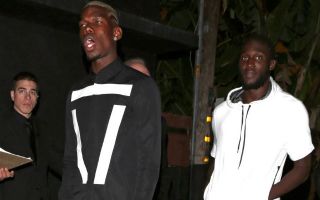 The France international has posted a few snaps to his Instagram page as he unwinds after winning the World Cup with France last month.

Pogba is now supposedly seen as Barcelona’s ideal Galactico signing for this summer after failing to bring in Antoine Griezmann, according to Don Balon.

And the Spanish source claims talks have gone pretty well as Pogba is keen on the move to the Nou Camp, while United manager Jose Mourinho is prepared to sanction the player’s sale for around £89million.

The 25-year-old could be ideal for Barca to rebuild after losing key midfield playmaker Andres Iniesta at the end of last season.

Although Pogba hasn’t always been able to show it in Mourinho’s rigid system, he can be one of the top creative players in Europe on his day, as he showed at previous club Juventus.

The World Cup winner would certainly do well to revive his career in La Liga and Don Balon’s report suggests things could well be moving in that direction, though it will rely on Barcelona coming up with the cash.