Real Madrid are reportedly set to make a new offer of €180M for Chelsea and Belgium star Eden Hazard, after the Blues turned down the club’s first offer of €150M.

This is according to Don Balon, who note that the Spanish giants had their first offer for the winger rejected by Maurizio Sarri’s side, and that the west London club are standing firm with their €200M asking price.

The report also notes that the club are planning to make a new offer of €180M for the forward, and that Florentino Perez hopes this new bid is going to be accepted by the Premier League side. 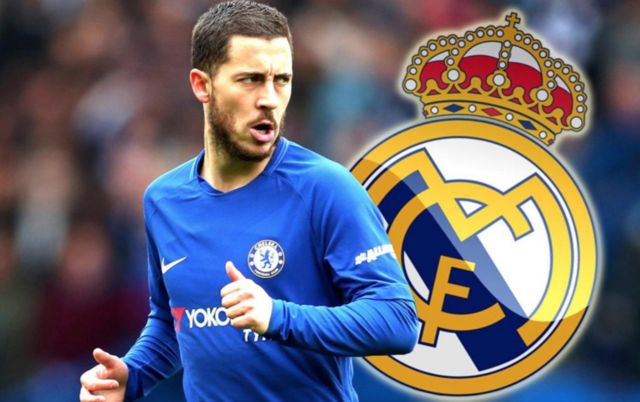 Real are set to launch a new, big-money move for Hazard to try and pry him away from Chelsea

Paying €180M for Hazard would’ve seemed a bit unnecessary a month ago, however following the departure of Cristiano Ronaldo to Juventus, it now seems like a move that the club need to get done.

The Portuguese sensational was a huge part of Real’s side, with his goals and overall presence being a key factor in the club’s successes in recent seasons.

Hazard is yet to have a season like Ronaldo’s in terms of goalscoring, however the Blues winger proved at this summer’s World Cup that he definitely has what it takes to fill the void left by the 33-year-old at the Santiago Bernabeu.

Now all that remains to be seen is whether Chelsea are going to budge on their asking price and let Hazard move to Real for this new aforementioned offer.