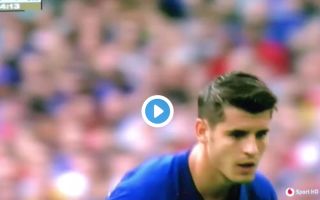 Alvaro Morata’s Chelsea career failed to get any better this evening, as the Spaniard missed a penalty against Arsenal as he squandered the chance to put the Blues 2-0 up from the spot.

The spot-kick, which was awarded after Hector Bellerin fouled Callum Hudson-Odoi, was saved by former Chelsea man Cech as he prevented Arsenal from going two goals down.

This miss won’t be good news at all for Morata, who has struggled to adapt to life at Stamford Bridge since his move from Real Madrid last summer.

Here’s a clip of the forward’s miss from the spot in Chelsea’s pre-season affair tonight.

Let’s just hope the striker can pick himself up from this and not let it affect him too much going forward.