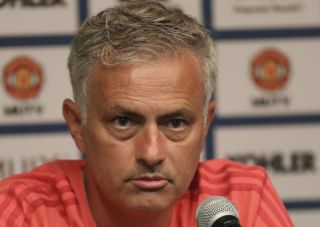 Manchester United boss Jose Mourinho could yet offload Paul Pogba to Barcelona this summer, as long as an acceptable compromise can be reached.

Pogba has yet to return to first-team duties with United as he continues to holiday in LA following his World Cup-winning exploits with France in Russia.

The 25-year-old midfielder was an integral part of Didier Deschamps French side which secured their second world title over the last two months and even scored the 3rd goal in their final 4-2 victory against Croatia.

MORE: If Fergie can get behind Mourinho’s Man Utd, why can’t the fans?

However, at club level, Pogba hasn’t yet enjoyed the same level of success, looking a poor fit for the way Mourinho sets his side up and with what he tends to demand from his players.

According to Don Balon, the Portuguese tactician may now be ready to let the Frenchman leave Old Trafford, but only if he his given another World Cup superstar, Ivan Rakitic, in return, with the former Sevilla man identified as a specific target for what the boss is looking for in the middle of the park.

Should United lose their enigmatic playmaker this summer, then Rakitic would represent a high-class replacement, although he is a completely different kind of player.

Paul Pogba has been linked with a transfer to Barcelona

Pogba is at his best when he is free to drive into more advanced positions, whereas the Croatian is very much a deep-lying centre midfielder that thrives in providing the link between defence and attack.

The Red Devils have often been criticised for negative tactics and slow build-up play under Mourinho, so this particular deal could have the potential to cause a backlash amongst supporters if it develops over the coming days.

Pogba has long been seen as a huge attacking talent who should in theory have his peak years ahead of him, whereas the slightly more conservative Rakitic lacks that same wow-factor and will turn 31 next season, suggesting perhaps he’s close to being past his best.