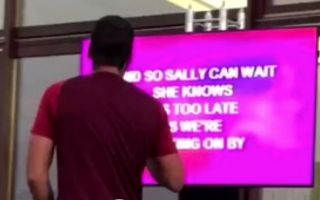 As pre-season winds down and the eve of the new Premier League season is upon us players are enjoying the latter stages of their club’s summer tours. Initiation songs have been a staple of summer transfer windows forever and without further ado we bring you Liverpool’s rendition…

But Alisson Becker blew all of his teammates out of the water with a fantastic rendition of Oasis’s ‘Don’t Look Back in Anger’. Check it out below:

Alisson later showed that his handiwork doesn’t just stop with his amazing shot-stopping ability. The Brazilian fetched his guitar to cement himself as the best musician in the Liverpool squad.

If the Liverpool squad are as confident on the pitch as they are with a microphone they will be serious contenders to win the league this season.