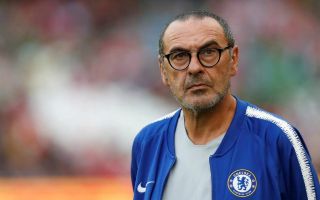 The Ivory Coast international has told his team-mates he wants to join the Blues and could now be set to hand in a transfer request to help the move along, according to the Daily Mirror.

Chelsea could do with a bit more quality in attack this summer, particularly with ongoing speculation over Willian’s future at Stamford Bridge and Zaha’s situation appears to present a big opportunity for them to bring in an ideal replacement.

The Times have reported of the club’s concern at Willian arriving late back for pre-season amid links with Manchester United and Real Madrid, while the Sun have previously suggested the Brazil international remains desperate to leave west London despite the change of manager this summer.

Zaha is a similarly skilful, pacey wide-player, and also has the bonus of looking like having his best years still ahead of him.

Despite flopping at United earlier in his career, the 25-year-old has come on leaps and bounds in his second stint with Palace and now seems ready for a big move again if the Mirror’s claims are anything to go by.