Transfers between Real Madrid and Barcelona don’t happy very often, and going by the way Luis Figo was treated when he swapped Catalonia for the Spanish capital, it’s clear to see why.

The two Spanish giants are fierce rivals of one another, and it’s very rare that any players switch the Nou Camp for the Santiago Bernabeu and vice verse.

However, it seems as if Real are ready to make their move and bring a certain Barcelona to the club this summer.

Don Balon are noting that Julen Lopetegui’s side are keen on signing youngster Abel Ruiz, and that they are willing to meet his release clause of €100M in order to do so.

The report also notes that superstar Lionel Messi has advised the youngster that there are no better team in the world than Barcelona, so it looks like the Argentine is pulling out the stops to convince the player to snub Real. 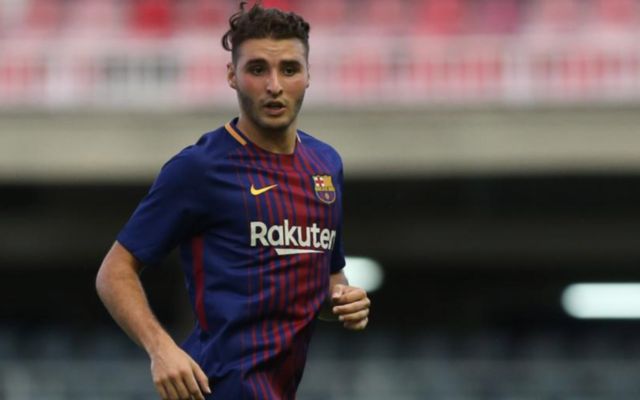 18-year-old Ruiz is yet to make a first team appearance for the Blaugrana, however don’t let this take away from the fact that the forward is definitely one of the brightest players in Barca’s youth teams.

Despite only managing six goals and three assists for Barcelona B and Barcelona U19’s in total, it’s the player’s record at international level that is truly impressive.

Losing Ruiz would be a bit of a blow for Barcelona, however it’s still unclear as to how much potential the player actually has, so letting him go for €100M would certainly not be a bad move from the Blaugrana.