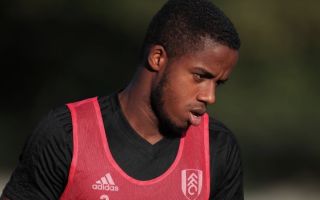 Fulham are expected to be involved in a relegation battle this season with an immediate return to the Championship a genuine possibility, but manager Slavisa Jokanovic had his players looking forward, not back, as Celta Vigo visited Craven Cottage and played out an entertaining 2-2 draw on Saturday.

After a strong performance in the transfer market following their Championship play-off win in May, there was plenty of positivity among the 9,156-strong crowd. There was perhaps too much on the pitch.

Former Chelsea winger Andre Schurrle was one of four players to make their home debuts from the start as Jokanovic named a very attacking XI.

Jean Michael Seri had been on the verge of joining Barcelona last year, as reported by Sky Sports. But instead of sitting back and watching the likes of Lionel Messi and Luis Suarez dazzle, the 27-year-old Ivory Coast midfielder found himself tasked with holding together a gung-ho Fulham side in midfield. And he did a good job in tough circumstances.

Spanish goalkeeper Fabri, who too was impressive and busy, and Maxime Le Marchand also made their home bows after joining from Besiktas and Nice respectively.

Another summer signing was fan favourite Aleksandar Mitrovic, having rejoined on a permanent basis after an impressive loan spell from Newcastle last season. He gave his cult following something to cheer with a precise finish for the game’s opening goal inside three minutes and then a fine pass to set up Aboubakar Kamara for Fulham’s second.

Despite an impressive list of summer signings, which also includes the recent addition of England international Alfie Mawson from Swansea, Fulham’s biggest statement in the transfer window has arguably been made by fighting off interest in teenage sensation Ryan Sessegnon.

Yet despite his attacking prowess, Sessegnon appears set to be used at left-back this term. 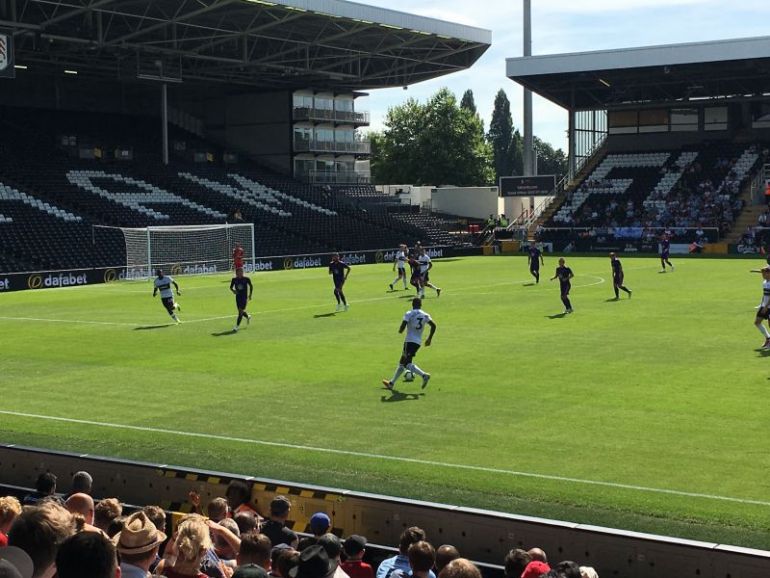 Lining up behind Schurrle on luxurious left flank, Sessegnon bombed forward at almost every opportunity on Saturday. This helped pile the pressure on a Celta side that had finished 13th in La Liga last season. But it also left the Cottagers exposed on multiple occasions, with centre-backs Tim Ream and Kevin McDonald, who was playing out of position, vulnerable. Indeed Celta’s first goal was the result of a cross from Sessegnon’s side.

Sessegnon’s energy levels are unrivalled and his desire to be involved as much as possible even resulted in him popping up on the right wing more than once. Admirable as this is, it won’t serve Fulham well in the Premier League.

In an interview with Marca, which was translated by the Evening Standard, manager Jokanovic recently claimed that Sessegnon was like a cross between Real Madrid superstars Gareth Bale and Marcelo.

He said: “He is an incredible player project, with a fantastic physical capacity. People compare him to Bale, for me it’s a mix between Marcelo and Bale.

“I’ve used him lately in a more offensive role, but he’s ready to be left-back of a big team that constantly attacks. He still has a lot of room for improvement.”

There is the issue. Fulham were a big fish in the Championship – technically superior to many of the teams they faced and therefore able to control games, thus allowing Sessegnon to play with freedom. 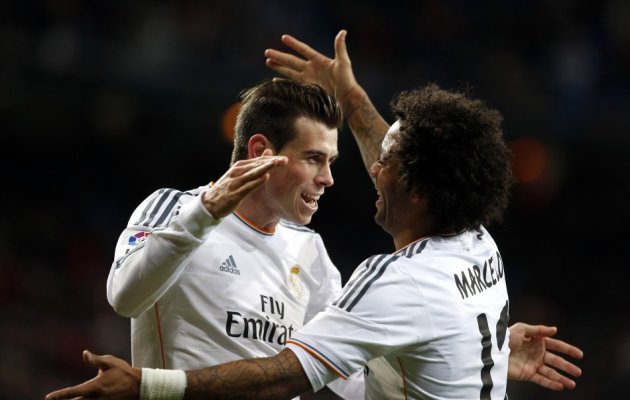 Had he moved to Tottenham or Manchester United – who were both keen on him this summer, according to ESPN – then Sessegnon perhaps could have continued to thrive in a wide defensive starting position.

Even if does prove capable of curbing his enthusiasm and prioritising his defensive duties it seems a waste for a side like Fulham to potentially stifle one of their most gifted attacking players.

Sessegnon does needs a move… even if it is just 30 yards forward.